Posted on September 8, 2014 by mariner2mother

I started a post several days ago, when I was feeling all optimistic and happy with the world, about turning fifty – which I do tomorrow, September 9th. It was filled with all sorts of positive things and how my life has gone nothing like I’d imagine it would go back when I was a young and ignorant teenager. Despite the shit storm I lived through during my jr. high school and high school years, I still had idealistic fantasies about growing up, getting married, having 3.2 kids, a dog, and a house with a white picket fence. Boy, was I living in la la land. That’s what having no personal boundaries will do to you. You live everyone else’s ideas and dreams except your own, and you don’t even know your own. 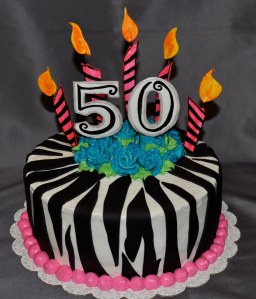 What I’ve learned is that when I was a teenager, I never in my wildest dreams could have imagined what my life would look like at 50. Not a clue in hell. In a lot of ways, my life is better than I could imagine. And in other ways, when you are young, you can never appreciate how your body will age and deteriorate without your consent.

Just the other day, I decided to really check out the lines around my eyes. Not too bad yet. I am cursed to have oily skin the occasional zit, still. But on the plus side, it’s delaying major face wrinkles. The backs of my hands aren’t so lucky. They look a good 15 years older than they should. Sun damage is for real kids.

As I was inspecting my eye area, I noticed a white eyebrow hair, and then another. WTF? White eyebrow hairs? What’s next, white eyelashes? I guess those few rogue hairs slipped down from my hairline, where I have salt and pepper hair on top.

Then, just last night, as I brushed my teeth, I notice a white hair protruding from above my lip, to the outside of my mouth. It stuck out about 3 times further than any other facial hair has dared to stick out. A true rebel. I just hope this isn’t the beginning of a trend that will soon look an awful lot like a mustache.

Breaking bones and having surgery is not for the middle-aged. Having all of that fun over a year ago, I still have swelling and aches, reminding me that I’m no spring chicken anymore. 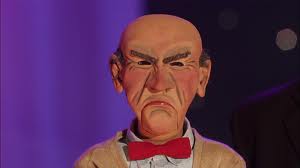 And people make a big deal out of bad backs for a reason. They are cranky, easily irritated, and remind me of Jeff Dunham’s irascible Walter.

Along with bad backs and arthritic joints comes sleep apnea and interrupted sleep. I long for the days when I would wake up completely rested and refreshed. I guess that’s what they make coffee for. Too bad I can’t stand the stuff.

The year before my fiftieth also brought more and new health challenges. But thanks to what I’ve learned over the past four years about energy medicine and applying it directly to my life, I’ve overcome type 2 diabetes, and I’m releasing excess weight fairly easily. Sixty-six pounds gone so far. Yay me!

Woe be unto the person who tries to punch through my personal boundaries today. I stand firmly with both feet on the ground (most of the time). 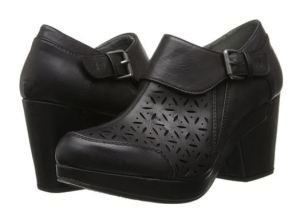 Speaking of feet, I’ve learned that as I’ve aged, my feet have spread out. And as much as I’d love to wear these cute shoes, no way in hell am I going to sacrifice comfort for style by cramming my tootsies into medium width shoes when they need and deserve wides. My feet have gone through too much to wear shoes that will make them hurt. 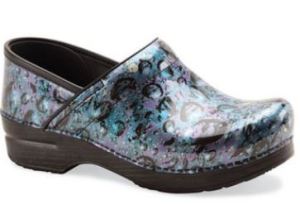 So, instead, I found these cuties and bought them!

As I sit here on the eve of my fiftieth birthday, my body is definitely feeling it’s age; but I wouldn’t go back to being twenty-five for anything (other than having a non-achy body). I’ve survived hell and have risen far about it. I’ve discovered and lived some of my dreams. I know myself more and more all the time. I have come so far, had so many life experiences, changed and grown so very much that I can only imagine how much more I’ll grow in the next several years. I’m claiming and owning every single day of these fifty years. 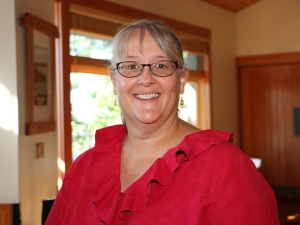 Me two days before my fiftieth!

I'm a mother of a creative 18 year old son, a former merchant ship's deck officer, and a wife. To feed my creative side I take photos. I am also Reiki attuned and am a student of Energy Healing, having used several healing modalities to work on myself and my family. My most recent adventure has me navigating a very challenging Kundalini Awakening.
View all posts by mariner2mother →
This entry was posted in Holistic Healing, Spirituality, The Voyage and tagged bad back, birthday, dansko shoes, energy healing, fiftieth birthday, growing older, holistic healing, jeff dunham, life is a journey, personal growth, walter. Bookmark the permalink.